Our Community of Retreat Leaders

We are a community of equals that believe the sharing of Divine Love in the spirit of peace, service and humility is our highest purpose.
​
Each day the retreat leader provides a contemplation practice that guides the day.  They are available for one on one meditation guidance or spiritual counseling as well.  Sitting with teachers that have practiced for many years deepens everyone's practice.  Our intention is to see everyone as an anchor of peace.

We are dedicating our time to support each person, with kindness, understanding and to receive the unique peace of Assisi. 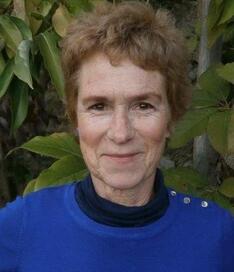 Brenda has been lovingly guiding contemplative retreats for over 40 years and has devoted much of her life to spiritual inquiry.  After practicing Transcendental Meditation in the 1970’s, she studied Vedanta philosophy and yoga with an Indian monk from Gujarat.  She began teaching Hatha Yoga in his school in Chicago shortly thereafter.  In 1976, she met her teacher, Swami Muktananda, with whom she traveled widely for many years. She became a monk under his auspices and instructed her to continue teaching in Europe, India, and the United States.  She was the swami in residence in the Paris ashram.

She joined the Assisi Retreat Community of retreat leaders in 2015.  Brenda is our lead retreat leader with extensive background in awareness training. She helps people discover their unique pathway to inner peace, and to understand that all of life’s circumstances are a guide to finding the stillness within. She gently guides people into the sweetness & peace St Francis & St Clare inspire.  She is a student of the Course in Miracles and Kashmir Shaivism. She brings great wisdom, love and joy to her retreats.

David attended a Franciscan Catholic High School and became a member of the Third Order of St. Francis at the age of 14.  After attending Columbia University, he explored many cultures and traditions including his years as a Swami in India, living in a Zen Buddhist Monastery in Japan and traveling to 70 countries around the world.

​David has a unique gift of opening people to unconditional love and helping them build a sustainable spiritual practice.

David is currently living and teaching in India. To reach out to him email him at:  swamibrahms@gmail.com

​"As awareness rests in the heart, an indescribable joy from within unfolds."  Bruce Davis 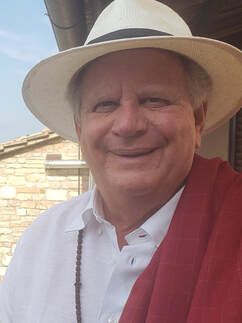 Bruce Davis PhD
​
While a graduate student, Bruce met and became an apprentice to a remarkable Shaman who had the gift of entering into and teaching people in their dreams.  For four years, Bruce was introduced to many realms and worlds outside normal western thought. These years were to be the beginning of Bruce's quest to understand the potential of psychology and spirituality.
​
He received his doctorate from Saybrook University. As a spiritual psychologist he  teaches the essence of world religions, how psychology and spirituality intertwine offering a more integrated, centered, and fulfilling life. ​He has taught at JFK University in Pleasant Hill, California and many spiritual centers in the United States, Germany, Austria, France, and Switzerland.

Bruce has been guiding retreats worldwide since 1983. His retreats are based in his deep connection to silence, simplicity and heartfulness. He has a gift for guiding people from the busy-ness of the mind & personality to the home of the quiet heart. He supports people who have had a Near Death Experience NDE or spiritual awakening helping to integrate these experiences into daily life.  His primary intention is helping others to develop a meaningful spiritual journey, built out of a life of joy.

In 1975 he wrote the book The Magical Child Within You which was the first book written on trusting and nurturing the inner child.  A few years  later he co-authored another best selling book Hugs & Kisses about loving life, which has been a theme of his work ever since.

While a graduate student, Bruce met and became an apprentice to a remarkable Shaman who had the gift of entering into and teaching people in their dreams.  For four years, Bruce was introduced to many realms and worlds outside normal western thought. These years were to be the beginning of Bruce's quest to understand the potential of psychology and spirituality.

Taking people to sacred places like Assisi, Italy, participants discover the sacredness within themselves.  For twelve years Bruce and Ruth lived in Assisi, founding the Assisi Retreat Center where people of all backgrounds are welcome to enjoy the simple peace and spirit of St. Francis of Assisi. The Assisi Retreat Center received the official blessing of Pope John Paul II for its ecumenical work.  Both CNN and Travel & Leisure Magazine named the Assisi Retreat Center as "One of The Top Ten Meditation Centers in the World."  In 2012 he and his wife Ruth, opened Silent Stay Meditation Center in California.  It is Bruce's wish to provide a sanctuary for everyone who yearns for inner peace towards finding their own path to a purposeful, joyful life.

Through the years, Bruce has studied and lived with spiritual teachers in India, Philippines, Germany and Bali, Indonesia.  For many years he and Ruth led a program of taking teenagers from one of America's wealthiest communities into the poorest neighborhood of San Francisco to give food to people living in the streets.  This program is still ongoing with the help of Branson School students in Ross, California.
​
In addition to his books The Magical Child Within You and Hugs and Kisses, Bruce is the author of  The Heart of Healing, Monastery without Walls ~ Daily Life in the Silence, My Little Flowers, Simple Peace ~ The Inner Life of St Francis of Assisi and The Calling of Joy. His latest book is The Love Letters of St Francis & St Clare of Assisi.
"A retreat is a time to come home inside yourself, where the mind stops and silence of the heart begins." Ruth Davis 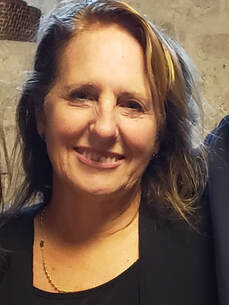 At age six she had a spiritual awakening in her first ballet class.  Her heart burst open to the divine and joy filled her body.  She began a life of devotion to God through ballet, dance and later on with Tai Chi and Chi gung. This quest to know God through movement resulted in her developing Sacred Movement Ritual, a series of movements as prayer.  This practice embodies her studies in yoga philosophy and chi gung.  Her book on the subject dives into the sacred contemplations that created the movement sequence.
In 1968 at the age of 16, Ruth began practicing formal meditation.  Shortly thereafter she went to India and was initiated into a heart path of meditation and devotion called Surat Shabd Yoga.  She began her first restaurant business at the age of 18, which grew into 10 locations while also continuing studies in Indian philosophy, music and dance at Mills College.

In 1985 she was certified as a Clinical Hypnotherapist, NLP practioner. It was at this time, while raising two children, that her husband of 22 years died.  Embracing her new profession as a therapist she sold her businesses.

Joining Bruce in 1993 they blended their talents and began co-leading retreats worldwide.  Assisi Italy became their home base.  In 1999 they created a temple for the world religions in the center of the ancient city called Assisi Retreat Center. (see more). People gathered from all over the world to participate in retreats here.  In 2001 Bruce and Ruth along with the Assisi Retreat Center received a Papal blessing for their ecumenical work.

In 2002 they created a Silent Retreat Center in the Umbrian countryside naming it Silent Stay.  It was here that,  with over 40 years of meditation and devotional practices,  Ruth developed a method of awareness training called Infinite Heart Awareness, which aligns people with their spiritual heart. Each person has a unique experience of the sacred inside their heart and along with this transformational work can be guided to the deepest form of meditation for themselves. Ruth believes it is our birthright to know and experience our soul.  This practice opens that possibility.

In 2012 they moved back to California bringing the concept of Silent Stay with them. They recreated it on a mountaintop expanse of 25 acres near Napa, California.  Their clientel ranged from moms and dads, to teachers, nurses and doctors, prison guards and tech giants; anyone wanting to deepen into the silence found in the heart.  In 2020 Ruth received and wrote a mystical story of journeying up a sacred mounatin to live with the Goddesses of Yoga Tantra.

With over 2500 guests served a wild fire came through on one fateful night that same year and burned the center to the ground.

But one thing remained..... the peace found in the silence, which can never be taken or destroyed.

In gratitude, we are honored that Brenda, Vinod, and David are a part of the Assisi Heart Team. Their extensive commitment to spiritual practice, community life, and a heart full journey is a gift to everyone.